The Bible is often criticized by non-Christians who say it is full of contradictions. Followers of Isa Al-Masih know this is not true. Often what looks like contradictions are in fact just different sides of the same viewpoint.

Who Was the First Muslim?

How Did God Create Man?

Contradiction about the Number of Days in Creating the Earth

The writer of the Quran seems unsure of how long it took for God to create the earth. Qs 7:54, 10:3, 11:7, and 25:59 clearly state that God created “the heavens and the earth” in six days.  This matches the teaching of the Taurat (Genesis 1:31-2:2). But Qs 41:9-12 gives a detailed account of creation, telling how many days it took to make each part. Allah created the earth in two days, then created the mountains in four days, and last made the heavens with the sun, moon and stars, which took two days. When these are added up, they equal eight days, not six!

Contradictions about the Science of Astronomy

There are other contradictions in the Quran about science. One is about the stars and the moon. The Quran teaches that there are seven heavens, and the stars are in the lower heaven (67:5, 37:6), while the moon is further up in a higher heaven (71:16). This is clearly wrong as science has proven that the moon is much closer to earth than any star is!

A contradiction in the Quran about history relates to the Hebrews. Qs 20:85-87 states that a Samaritan made the golden calf that the Israelites worshipped when Moses was on Mt. Sinai. The problem with this is that the term “Samaritan” was not used until 722 BC, hundreds of years after Israel received the Ten Commandments.

The Primary Goal of the “Isa and Islam” Staff 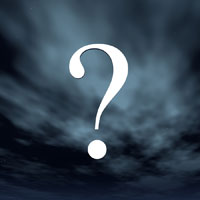 By pointing out these contradictions in the Quran our goal is to help all people evaluate the Quran objectively.

Our main desire is for all people, Christians and Muslims, to understand the good news of Jesus Christ as set forth in the Gospel. Only the Gospel contains the good news that God has provided a “straight way” to heaven through Isa Al-Masih. This is the most important news in the world!

We encourage our readers to comment on the article above. Comments that don’t directly relate to the topic will be removed. Please start a dialogue with us by focusing on one of the following questions:
1. What do you think about the contradictions in this article?
2. Do you think this article is in line with the main goal of the “Isa and Islam” staff?
3. What do you know about Gospel?