Al-Fatiha (the first chapter of Al-Qur’an) is highly revered by Muslims. It is so important that a ritual prayer (salat) without reciting Al-Fatiha is a worthless prayer.

“Whoever does not recite Al-Fatiha in his prayer, his prayer is invalid.” (HR. Bukhari).

Al-Fatiha is the Most Recited Prayer in the History of the World!

The Secrets of Al-Fatiha Are Revealed by Isa Al-Masih

What if Al-Fatiha contained hidden secrets about God and this world? Who could reveal these secrets to us? The Quran states that Isa Al-Masih is, “. . . worthy of regard in this world and the Hereafter. . .” (Qs. 3:45).  One translation says he is “. . . foremost in this world and the world to come.” The Quran also states that Isa Al-Masih was given true knowledge about the Day of Judgment. This means that Isa possesses knowledge beyond what normal human beings have been given (Qs. 43:61-63). 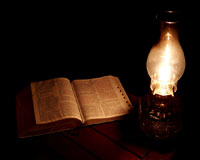 Take a Journey of Revelation and Enlightenment!

The staff of “Isa and Islam” provides a series of more than 100 short articles about 175 words in length.  These articles show the hidden secrets of Al-Fatiha revealed by Isa Al-Masih. When you complete the form below with your name and email, these key articles will be sent to you once a week! Al-Fatiha is normally recited in the Arabic language.  We write these short articles in English.

Is it a good idea to recite a daily prayer and not know what it means? This series of articles will guide you to the secrets of Al-Fatiha.  You will begin praying with understanding.

Christians also need to understand what is in Al-Fatiha.  This Quranic sura (chapter) holds a prominent place in the Muslim faith.  In order to understand your Muslim neighbor, it would be good to grasp the content of this prayer.

Al-Fatiha, which means “Opening”, is greatly revered by Muslims.  It has many Arabic names such as: Ummul Kitab (Heart of the Book), Ummul Qur’an (Heart of the Koran), As-Sabu’ul Matsami (The Seven that are Repeated), Ash-Shalah (Ritual Prayer), Al-Hamd (Praise), Al-Wafiyah (That Which is Complete), Asy-Syifa (Medicine), Al-Kafiyah (That Which Supplies), Al-Asas (Foundation), Ad-Du’au (Prayer), and Al-Waquiyah (Protector from Going Astray).

The highly esteemed seven short verses of Al-Fatiha need to be studied in depth. Do not live your life blinded about the hidden secrets in Al-Fatiha! Begin mastering the secrets of Al-Fatihah through the wisdom of Isa Al-Masih by completing the following form: