In the 1990s there was a rumor that Neil Armstrong became a Muslim. Is this rumor true or is it a hoax? What is the impact on someone who believes in things that are not necessarily true? How does it relate to one’s faith?

Repented When Hearing the Azan/Adzan

The rumor in the Muslim community is Neil Armstrong visited the Middle East a few years after the Apollo mission. There he heard the Azan/Adzan (call to prayer). He said he heard the same sound when he was on the moon. Then Neil Armstrong became a Muslim. 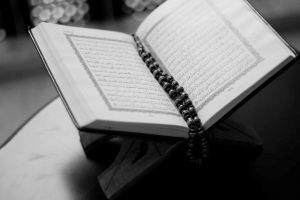 The Quran on the Moon

During that time, the U.S. Government wanted to cover up the news. But the rumor about this spread to the world, and it was even said that Neil immigrated to Lebanon.

There was another rumor about the footage of Apollo 11. Neil Armstrong and other astronauts saw something like a book that was open. Did they see the Quran? Again, this was only a rumor.

What do you think about this rumor? Send your thoughts here. Hearing The Call to Prayer on the Moon

Many scientific theories state that sound cannot propagate on the moon because of a vacuum. How could Neil Armstrong hear the Azan/Adzan on the moon in his spacesuit?

Only a Hoax and Rumor

This rumor shocked many people. When he was interviewed by the Malaysian astronaut, Zaid Zahari, Neil said the news was not accurate. Neil stated respectfully and firmly that he was not a Muslim and that he was never involved in any religious activities.

When Neil died in 2012, this rumor was revived and spread through social media.

We often hear about hoaxes. Sometimes they catch our attention, even though we are not sure they’re true.

How can we believe Isa is the Truth? Isa made many predictions, and everything He said really happened. He never lied! He told His disciples three times about His crucifixion, death and resurrection before they happened.

The death of Isa Al-Masih is incredibly important. Through His death on the cross, sinful humans are made righteous before Allah. The Word of Allah says, “Since we have now been justified by His [Isa Al-Masih] blood, how much more shall we be saved from God’s wrath through Him [Isa Al-Masih]” (Romans 5:9).

Do you desire to believe this Truth, the Truth that guarantees salvation? Please contact us.