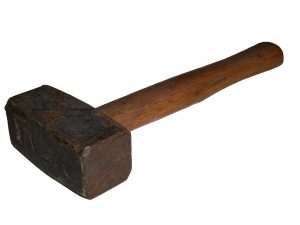 Isa and Muhammad were undoubtedly two of the greatest men who ever lived. They were two of the most influential men in part because they founded a worldwide religion. What were Isa and Muhammad’s way to influence the world?

A Difficult Start in Life

Both Isa and Muhammad faced difficult circumstances early in their lives. Isa was born in a stable far from his mother’s home with an animal feeding trough for his bed. Within two years of his birth, Isa’s parents had to flee as refugees to Egypt to protect him from a death threat.

Isa’s father Joseph was a poor carpenter. It appears that Joseph died when Isa was a teenager, adding economic pressure on a family with several children.

Muhammad’s father died before he was born. At the age of 6 his mother died and left him an orphan. Muhammad was cared for by his grandfather until he died too, and an uncle then took him in. The uncle was poor and struggled to make a living. Prepared for Their Future Work

At the age of 12, Isa was already aware that he was being prepared to do the work of Allah. He started his ministry at the age of 30. At that time, he was strongly tempted by Satan in the desert to use power to impress and gain followers. But he refused and overcame Satan.

When he was 25, Muhammad married the wealthy Khadija. But he already had a deep concern for the moral state of the people living in Mecca.  In AD 610 he experienced attacks by evil spirits and even had suicidal thoughts (Bukhari Volume 9, Book 87, Number 111). He started his ministry at the age of 40 after he received the first Sura of the Quran in a cave outside Mecca.

Both Isa and Muhammad had few followers at the beginning. They were both rejected by their home town. When Isa went back to where he was raised (Nazareth) and preached in the Jewish synagogue, the people were furious and even attempted to throw him over a cliff (Injil, Luke 4:28-30). 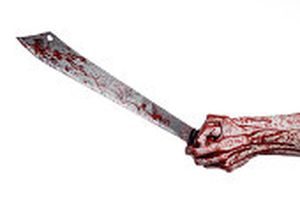 But that’s where the similarities between Isa and Muhammad end. They chose very different paths for the rest of their lives.

Muhammad left Mecca for Medina where he embraced wealth, authority, status and power. Military might, bloodshed, political success and marriages of convenience marked his life.

Isa however lived the life of a wandering spiritual teacher. He challenged those who wanted to follow him by warning them that, “The Son of Man has no place to lay his head” (Injil, Matthew 8:20).

He chose the way of suffering and a cruel death. When one of his followers took up a sword to protect him, Isa said, “Put your sword back in its place, for all who draw the sword will die by the sword” (Injil, Matthew 26:52).

Tell us what you think about the different paths they chose.

A Different Path to Glory

Isa Al-Masih deliberately embraced Allah’s plan for Him when He allowed Himself to be crucified for the sins of the world. This was His glory.  As He said to His followers before His death, “Now is the Son of Man glorified and Allah is glorified in him” (Injil, John 13:31). Email our staff if you would like to know more about the way of Isa.

Muhammad’s way to influence the world was through power, status and military might. Isa chose the way of weakness as the pathway to glory. He founded a church called to thrive on love and sacrifice. Who will you follow?