Isa And Islam > Frequently Asked Questions > Muslim Beliefs > According to the Quran: Did Adam Commit a Major Sin? Muslims and Christians agree Allah created Adam as the first man. The story of Adam is similar in the Quran and the Torah.

What is the story of Adam according to Islam? Did Adam commit a major sin or a minor mistake? What were the consequences? According to the Quran, Allah forbade Adam and Eve from approaching one tree in paradise. “But do not approach this tree, lest you be among the wrongdoers” (Qs 2:35).

Did Adam Commit a Major Sin?

Here are four reasons Adam’s and Eve’s disobedience was considered a major sin: 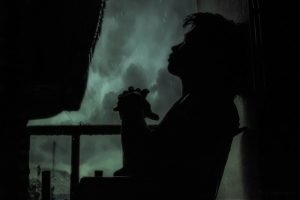 The Punishment of Sins is Eternal Death

All of us have disobeyed Allah’s commands and undermined his authority just like Adam. Allah considers every sin, major or minor, to be serious because he is holy and perfect.

Adam’s disobedience brought death, and we deserve death because we have all sinned. “. . . sin entered the world through one man, and death through sin . . . death came to all people, because all sinned” (Injil, Romans 5:12).

But, Allah sent a perfect Messiah who is able to give eternal life to mankind. Isa is perfect, so He is able to forgive our sins. “. . . through the obedience of the one man [Isa] the many will be made righteous” (Injil, Romans 5:19). He died to pay the penalty of our sin. Allah sent Adam out of paradise because of his sin. But through Isa’s sacrifice, we have assurance that we will live with Allah forever in heaven. Please email us if you want to receive His forgiveness.

If you would like to learn the way of Allah, please click this link to receive weekly bulletin on Isa, Islam and Al-Fatiha.

[We invite you to visit us at https://www.isaandislam.com/Way-of-Salvation to learn more about God’s gift of Salvation. God loves you and waits to hear from you. Isa clearly said, “I am the way, the truth, and the life. No one comes to the Father except through Me” (Injil, John 14:6). For a deeper understanding of Isa, we suggest you subscribe to “Isa, Islam, and Al-Fatiha” at this link.]