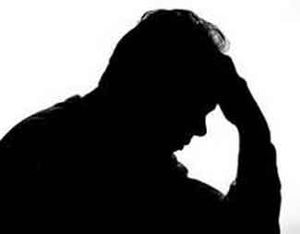 The existence of the Islamic Scale of Deeds on Judgment Day makes many Muslims anxious, right? Why is that?

Is the Scale of Deeds a suitable tool for weighing sin and good deeds? Is there a way to avoid this scale on Judgment Day?

Origin of the “Scale of Deeds” in Islam

Muhammad was a merchant. As a result, dozens of books were written such as “Muhammad as a Trader” and “Rasulullah’s Business School.” Islamic experts see the prophet as an honest trader and someone who knew the secrets of success in business.

Obviously, he knew about scales. Wasn’t the scale one of the most important tools in trading?

Moreover, scales often play an important role in religion. So, it’s no wonder that scales play a key role in Islam, too. 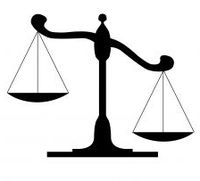 “Scale of Deeds” in the Quran

According to the Quran and Sunnah, the Islamic Scale of Deeds is a balance that Allah uses on the Day of Judgment to weigh the deeds of His servants. The scale mentioned here is literal, not figurative. Because this scale cannot be dishonest, it’s called Al Qisth or Al ‘Adl (Fair).

Not one Muslim is certain that he or she will go to heaven. One reason is that they think they don’t do enough good deeds. If this idea scares you, email us.

Atid and Raqib do not only count good deeds and sin, they also count attitudes and thoughts. We need to remember that even though we appear godly, Allah sees the hidden sins in the heart!

Isa also equates hatred to murder (Gospel, Matthew 5:21-24). Have you ever hated someone? Email us if there are hidden sins in your heart that terrify you. 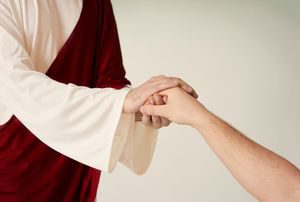 Facing Judgement Day Anxiety About the Scale of Deeds

Isa Al-Masih has taken away the sins of every person who believes in Him. Your sin does not need to be weighed. Allah wants to cleanse your sins from your heart. You don’t need to worry anymore about the Islamic Scale of Deeds on Judgment Day.

Do you want to be free from the fear of Hell? Believe in Isa Al-Masih now!