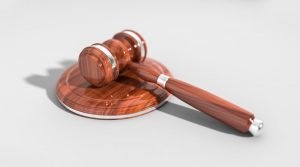 This is a true story of a man from Bangladesh named Abdul. Read about how a dream from Allah changed a Muslim’s life.

“He Would Never Denounce Me”

I had a happy and comfortable life in Bangladesh. I had a great house, job, and wife named Rosnita. One day I would exchange my success for marks on my back.

The constitution of Bangladesh promises freedom of religion. However, there has been an increase in cases of government persecution of non-Muslims. While working in a government position, I witnessed a man named Abraham sentenced to death because he started following Isa Al-Masih.

I asked Abraham, “Why don’t you denounce Isa Al-Masih?”

His reply shocked me, “I cannot denounce Isa Al-Masih because He would never denounce me!”

I tried to convince him to renounce his faith to be saved, but he refused. Two days later Abraham was tortured with chains. One of the chains even crushed his skull. But Abraham just prayed to Isa. He had total peace. This touched my heart and gave me the desire to know Isa Al-Masih.

A few months later a Western man named Stuart approached me asking for directions. I asked him if he was a missionary. He answered that he was a follower of Christ.

Stuart and I became friends. We often discussed our differences in philosophies and beliefs. We started studying the Bible and Quran together. We found major discrepancies about Isa Al-Masih and salvation between Qs 4:157, 5:75 and John 1:29, 1 Corinthians 15:12-14.

I had difficulty sleeping while I wrestled with who Isa Al-Masih is. I wanted to accept Isa as Allah but couldn’t because of my upbringing.

One night I had a dream about Isa Al-Masih. He asked, “Who will you trust?” I immediately woke up and answered, “Isa, I trust you.” I finally found true peace. Email us if you want eternal peace from Isa.

After my boss discovered my belief in Isa, I was fired and thrown in jail. It took one year for my wife to learn I was in jail and sentenced to death.

I was imprisoned for four years, but I maintained my new faith. I received many severe beatings. One time I woke up in a hospital in Dhaka with 14 broken bones and 32 lacerations. Finally, I was released from jail. But all the beatings left scars on my back. I began a new life with Rosnita. At first, she wasn’t ready to follow Isa, but my faith touched her heart. Eventually Rosnita became a follower of Isa Al-Masih!

I might have lost some time in jail, but I gained eternal life. I never regret this path chosen for me. Although treated like a criminal, I am righteous in Allah’s eyes. My suffering was a small price to pay to be cleansed of my sin (Isaiah 53:5).

Please email us if you want to know Isa Al-Masih.