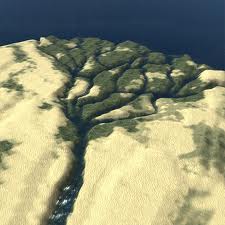 My Name is Ibrahim, and I am an Egyptian from the Delta Region. My faith in Islam was always strong even from childhood. I studied the Quran in the village shop where I was taught to fear Allah. I enjoyed the Sufi circle of worship as we adored the person of Muhammad. Reciting the Quran gave me a sense of tranquility. There was no reason to doubt Islam which emphasizes fearing God, doing good works and living a moral life.

I was fourteen years old when I was introduced to two men who led me to join the “Muslim Brotherhood.” The men in the group were very nice to me. They encouraged me to be a devout Muslim. They recognized my speaking abilities, and told me I was called by the Quran’s teaching to proclaim the message of Islam. Filled with zeal, I began to preach from mosque to mosque. My desire was for everyone to strictly follow the tradition of the prophet Muhammad. I had turned into a radical Muslim.

In my pursuit to spread Islam, I began to correspond with a Christian man named John. I found him in a magazine that had pen-pal addresses from the United States. I wrote to him in hopes of converting him to Islam, and he wrote to me in hopes of converting me to Christianity. We wrote back and forth for two years. Then one day he showed-up in my village to visit me! That was the first time I saw a real Christian. His frankness, genuineness and openness impressed me. He had an amazing prayer life. He actually prayed more than he talked. When he spoke, he spoke the words of the Bible. He explained who Jesus is and about salvation in His name. John even called God his Father. This man was absolutely sure that he would spend eternity in Heaven. I envied him.

The Question of Salvation

Islam teaches that on the Day of Judgment all the good things you have done will be put on a scale with all the bad things you have done. You will spend eternity in Heaven or in Hell depending on which way the scale tilts. There was no way for me to know for sure whether I was going to heaven or hell. Islam never gives anyone the assurance of heaven. This was very disturbing to me. All I could do is hope for the mercy of Allah.

John eventually left for home, but his words and prayers stayed with me. My heart was conflicted. I wanted a relationship with God like John had. I wanted to know for sure that I was going to heaven. God needed to show me the right path. One day in the mosque, I cried out from my heart to Allah, “Lord, show me the truth! Is it Jesus or Muhammad?”

Jesus Comes to Me in a Dream

That night Jesus Christ appeared to me in a dream, and told me in a tender sweet voice that he loved me. I realized how hard I had resisted Him all these years. I replied to Jesus, “I love you, too! You are eternal forever and ever.” When I awoke, there were tears on my face and abundant joy in my heart. I was filled with great passion for Christ, and I began singing praises to His name and jumping for joy.

Sharing the Joy of Salvation

I was filled with the Joy of salvation, and wanted to share it with everyone. With boldness, I explained to a Muslim friend of mine that Christ was indeed crucified, and through his righteous blood we are saved if we believe. He prayed with me to receive Christ.

My friend who received Christ was caught by some men of the Muslim Brotherhood. They threatened to kill him if he did not tell them who evangelized him. He broke down and confessed it was me. To them I was now a blasphemous infidel who deserved to die. I had to flee my home because the radical Muslims plotted to kill me. My family disowned and disinherited me. I had to seek refuge in the homes of believers who were courageous enough to allow a wanted man to stay in their house. When I finally returned to my home town, I was arrested and jailed for my faith in Jesus. I prayed in prison that I would one day live in a place where I could worship God freely. Upon my release, I was introduced by a Palestinian evangelist to a Christian man who helped me get a visa for the United States. In America, I was sponsored by a ministry organization, and I’m now a permanent resident. I married a wonderful Christian woman with a heart for ministry. Now we both share the love of Christ and His Gospel with our Muslim brothers and sisters.

We encourage our readers to comment on the article above. Comments that don’t directly relate to the topic will be removed. Please start a dialogue with us by focusing on one of the following questions:
1. Why did Ibrahim begin writing to John?
2. What Muslim teaching disturbed Ibrahim?
3. How did he accept Jesus/ Isa Al-Masih?