As a student, his secret meetings with a Christian man led to his arrest and torture by Iran’s religious police. Years later his heart was finally pierced by the love of God.

Pages Ripped from the Gospel of Matthew

“When I was 15, I received the Injil through a man who ripped a few pages from a Bible and gave them to me.”

Musharraf didn’t know the man was a Christian, or the pages were from a Bible. “I got all of the Injil of Matthew and part of Luke,” he says.

When Musharraf studied the Injil from the book of Matthew, many of the names sounded familiar. He realized the man gave him pages from a Bible.  He was very suspicious of it. “I was taught the Injil has errors. That it was changed by men in the West according to their desires.” Musharraf read the Injil in secret under the covers of his bed with a flashlight. He was afraid of how his parents would react.

He liked chapter five of the book of Matthew until he came to Jesus’ words in verses 43 and 44: “You have heard that it was said, ‘Love your neighbor, and hate your enemy. But I tell you, ‘love your enemies, and pray for those who persecute you.’”

Musharraf could not accept these words. “I did not like this verse. My ethnic group was hated by almost everyone else in my country,” he says.  Loving people who hated him seemed impossible. The Move to Iran

Just before he graduated from high school, he ran away to the mountains to avoid army service. He found refuge in a small village in the mountains outside Kabul. Elders in the village quickly spotted potential in him. They told him he must go toIranto study Islam.

After Musharraf arrived in Iran, his parents contacted him instructing him to visit some distant relatives. “It would be a big shame if I didn’t visit them,” he notes.

One morning, he made the two-hour journey. He spent the day searching for his relatives, but never found them. Tired and hungry, he went to a city park and sat down on a bench.

A Stranger Talks About God’s Love

An elderly man turned to him and said. “When did you come from Afghanistan?”  Musharraf ignored him. “I don’t think God likes the war in either one of our countries,” the stranger continued. “The fact is God wants us to love our enemies.”

Surprised by the man’s last statement, he asked, “What did you say?”

“God wants us to love our enemies,” he said once more.

“Are you speaking from a book called ‘Matthew?”, he asked.

“I really want to know about this,” Musharraf told him.

Secret Meetings with a Christian

“I argued with this man a lot and I tried to convince him that Christianity was wrong,” Musharraf recalls. “I even thought of harming him. But he was so gracious, kind, and patient with me.”

They met every Thursday night for the next 13 months. “I told my friends at school I was going to visit my relatives,” Musharraf says. “I always had to arrive back by Friday prayers.”

His parents finally found out he was not visiting his relatives. When they heard about his secret meetings, they reported him to Iran’s religious police.

“The police came and caught us reading the Bible,” Musharraf recalls. They arrested and interrogated both men.  For the next three days Musharraf experienced a living nightmare.

“I only met with this man to convince him to become a Muslim!” Musharraf cried out to his tormenters.

On the fourth day the police gave their verdict. “We’ve already killed your friend. Since this is your first offense we will forgive you. But if you keep studying Christianity you will also be killed.”

After his ordeal, Musharraf began to view his Islamic faith more critically. He began to fear for his safety. “I could be killed because I studied Christian books–if not by the state, then by my friends.”

Begins Traveling From Country to Country

As he tried to figure out what to do, Musharraf remembered a shirt his mother gave him before he left home. She gave him specific instructions about the shirt. “Never use that shirt unless you’re in trouble,” she told her son. “But if you have a problem, tear the collar off that shirt very carefully.” Musharraf removed the collar and discovered she had sewed 500 U.S. dollars into the collar.

Musharraf took a bus to the Turkish border with the money. Then he hired human smugglers to take him across the border. He then traveled to Syria, where he met a man in a coffee house wearing a cross. Musharraf asked the man if he could find him a Bible. “He wasn’t a Christian, but he found a Bible for me.” For the first time in his life, Musharraf had all the scriptures.

Musharraf made his way to Egypt and enrolled in another Islamic school. “I was very secretive,” he says. While there, he critically studied the Koran and the Bible. He became convinced that there was something wrong with Islam. But he still couldn’t accept Jesus’ teaching of loving your enemies.

Someone at the university found out that Musharraf had a Bible. He was expelled from the school because of it. Discouraged, he made his way to Pakistan. During his first few months in Pakistan he slept on the ground. He finally found work with a road crew breaking up stones for road construction.

Musharraf finally got a room in the slums. From his street level room, he watched people, and he noticed a bicycle repairman who often stood outside his window. Musharraf watched people take advantage of him, and wondered why the man never lashed back at them.

One day, he couldn’t stand it any longer, and he charged out on the street. “What’s wrong with you, are you a coward?” he asked. “People mistreat you all the time and you don’t do anything. What kind of person are you?”

“I’m not a coward,” he replied. “The God I worship tells me to love my enemies.”

Amazed, Musharraf asked, “Could you repeat that?”

“In my faith, Jesus Christ tells me that even though people hate me, I must not insult them.”

Even though Musharraf was familiar with this verse, it seemed to touch the core of his heart in a new way. He was amazed that as he travelled from country to country, people stumbled into his path with this verse.

Musharraf was amazed by the man’s sincerity and humility. He asked if they could meet together. For the next two years, the men met every day to study the Bible.

Musharraf finally got close to accepting Christ, but would not do so in a Muslim country. “I was a coward,” he recalls. “I thought I would go to India. There, no one would bother me if I became a Christian.”

He paid for a fake passport so he could travel to New Delhi. After his arrival, he went to an Afghan refugee area and was startled to run into an old classmate from Kabul. “He hugged me and took me into his home,” Musharraf says.

One evening, he and his friend met two men who invited them to a public hall to listen to music. Shortly into the program, Musharraf realized this was a Christian gathering. He was never very good at picking-up foreign languages.  So he just sat back not expecting to understand very much.  After the music, a man got up to speak from the Bible in Hindi. The preacher shared stories both of his own life and from the Bible.

Suddenly, he heard the preacher say, “God’s Word says, ‘If you have no love, you have not known God, because God is love.’”

Musharraf was struck by these words. He realized that must be the reason he had difficulty loving people. He didn’t have the source of love. “The pastor told about how miserable he was as a non-Christian. How he hated people, and how people hated him.” The preacher seemed to tell Musharraf’s own story.

Then the preacher said, “You can’t overcome evil with evil, you must overcome evil with good.” The power and simplicity of the words sunk into Musharraf’s soul. The pastor quoted John 3:16: “For God so loved the world he gave his only son, that whoever believes in Him shall not perish, but have eternal life.” 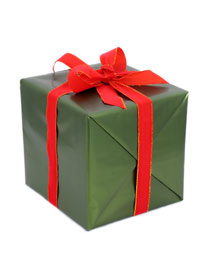 The immensity of God’s gift finally penetrated Musharraf’s heart. For the first time, he saw how much God loved him. Musharraf started to cry. “I didn’t know what was happening to me.”

Then the call went out: “Do you want to accept this gift of God—Jesus Christ as your Lord and Savior? Raise your hand if you do.”

We encourage our readers to comment on the article above. Comments that don’t directly relate to the topic will be removed. Please start a dialogue with us by focusing on one of the following questions:
1. What verse seemed impossible to follow?
2. Why did Musharraf continue to study Christianity even though it was dangerous?
3. How did Musharraf receive God’s love?