Isa And Islam > Frequently Asked Questions > The Bible > Are Parts of the Bible Missing? It can be difficult to trust information on the internet and social media because it can be easily edited and falsified. It’s easier to trust that the words in books are true when there is an original manuscript.

Allah promised to keep His Word pure: “… We will assuredly guard it (from corruption)” (Qs 15:9). Are there parts of the Bible that are missing? What about the Quran?

Would our faith be incomplete if some parts were missing? Let’s find out.

Are Some Parts of the Bible Missing?

There are 66 books in the Bible. Some of the books mention other books. For example, 1 Kings 14:19 says, “… (some events) are written in the book of the annals of the kings of Israel.”

Until now archeologists haven’t found a few books mentioned in the Bible. For example, the book of the annals of the kings of Israel and the kings of Judah, Solomon’s history, David’s history, etc.

Christians would be thrilled if those books were found. But it’s actually not a problem if they aren’t found. How come?

In the 1st century A.D., there were books that Christians universally accepted as Allah’s Word. And the missing books weren’t included. So, there are no missing books from the Bible.

Are there Missing Surahs or Verses in the Quran? Muhammad considered Abdullah bin Mas’ud a prominent expert in the Quran during his era.

There are several missing verses from the Uthman’s Quran, like the verse about stoning. “… When we read a long Surah and the firmness is like the Surah Bara’ah and then I was forgotten…” (Shahih Muslim 1740).

There are also other missing verses.

The Results of the Missing Books and Verses 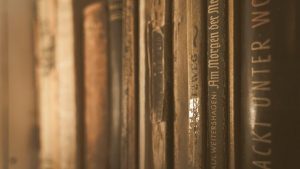 Can the Quran’s purity really be trusted when there are missing verses in the Quran because it was burned by Uthman? As a result most of the original Quranic manuscripts are now missing.

There are no missing parts in the Bible. There are some history books that archeologists haven’t found. But that’s it. Does that make the Christian faith incomplete? No!

Why? First of all, no one consider the history books as Allah’s Word. Secondly, a Christian’s faith depends on Isa Al-Masih’s perfection.

If Isa ever sinned, then the Christian belief would be worthless. But Isa Al-Masih is holy and never committed a sin. “God made Him [Isa] who had no sin to be sin for us, so that in him we might become the righteousness of God” (2 Corinthians 5:21).

Thus, Isa Al-Masih is able to bear our sins. If you want to know more about Isa Al-Masih, who can forgive sins, please email us.