Did God make a mistake when he created women?  How could that be?  If God is the perfect Creator, why alter His creation?  Humans do this in many ways. One of them is by performing female circumcision!

All over the world, both Human Rights and Women’s Rights Activists fight against female circumcision (FGM/C). It is widely practiced in Africa.

It is also common in Yemen and Indonesia. The type of FGM/C practiced in Indonesia is not as severe as in Africa, but it still causes concern. Indonesian religious leaders are encouraging this terrible practice more and more.

In 2006, the Indonesian government banned FGM/C because the practice was “useless.” It “could potentially harm women’s health.” But Indonesia’s highest Islamic advisory body immediately opposed it.

In 2011 the law was reversed. FGM/C is now allowed as long as strict medical guidelines are followed. As a result, more hospitals are offering the procedure. Hospitals see the guidelines allowing FGM/C as a way to make some money. It is included in many birth packages. Many people don’t really understand what they’re signing up for, and neither does much of the medical staff.

While the practice is not widely reported in Indonesia, over 86% of households surveyed by researchers in 2003 and 2010 had subjected their daughters to FGM/C. Over 90% of adults want the practice to continue.

Many wonder why Islam still allows this practice. The practice is often even encouraged and expected. Most Indonesians want their daughters circumcised because “It’s just what we do” (“The Day I Saw 248 Girls Suffering Genital Mutilation”, www.guardian.co.uk). In Indonesia, Muslims believe uncircumcised girls are unclean. Indonesians believe that if a girl is unclean, her prayers won’t be heard. Many also believe that not being circumcised leads to cervical cancer. One Indonesian Muslim leader also said that it “contributes to a girl’s growth” (ibid.).

Another leader stated, “It is necessary to control women’s sexual urges. They must be chaste to preserve their beauty” (ibid.).

There is much confusion about FGM/C in Indonesia. A common myth is that it is only “symbolic.” While this is true in some more animistic communities, over 80% of the time, the procedure does involve actual cutting.

Recently, other scholars have stated that it is not even tolerable. It is actually outlawed in many Islamic countries. FGM/C is not mentioned anywhere in the Quran. Those who support it use the Hadith (Muslim tradition) that says, “Circumcision is Sunnah for men and an honorable thing for women” (Musnad Ahmad, Al-Bayhaqi).

What Makes a Person “Unclean?” 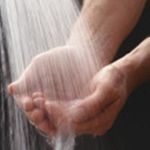 Isa Al-Masih answered this question clearly.  He said, “Don’t you see? Nothing that enters people from the outside can make them ‘unclean.’ It doesn’t go into the heart… Evil thoughts come from the inside, from people’s hearts. …And so do telling lies about others and being proud and foolish.  All those evil things come from inside a person. They make him ‘unclean’” (Injil, Mark 7:18-19, 21-23, NIrV).

If a religious person wants to be “clean” according to Jesus, then he would have to cut out his heart! Obviously, Jesus did not advocate cutting out a person’s heart, or FGM/C!

According to God’s Word, Everyone is Unclean!

Everyone is unclean! The Injil says, “All have sinned and fall short of the glory of God” (Romans 3:23). Anything we do or think that goes against God’s Word makes us unclean. These things separate us from God.

Female circumcision does not make a woman clean! The Apostle Paul dealt with this problem when he was helping Jewish Christians. In his letter to the Romans, he states, “Circumcision has value if you obey the law. But if you break the law, it is just as if you had not been circumcised” (Injil, Romans 2:25).

No one can keep from breaking the law. Have you ever lied? Do you ever think impure thoughts?

The Only Way Men and Women Can Be Clean in God’s Sight!

If your desire is for a clean, pure heart, then come to the Savior! He is the One who can take care of your sin. Isa Al-Masih died to make you clean!

The Injil also states: “Let us go right into the presence of God with sincere hearts fully trusting him. For our guilty consciences have been sprinkled with Christ’s blood to make us clean, and our bodies have been washed with pure water” (Injil, Hebrews10:22, NLT).

We encourage our readers to comment on the article above. Comments that don’t directly relate to the topic will be removed. Please start a dialogue with us by focusing on one of the following questions:
1.) Why should female circumcision be done if it harms the health of women?
2.) How does circumcision relate to our spiritual lives?
3.) What can make a woman pure before God?